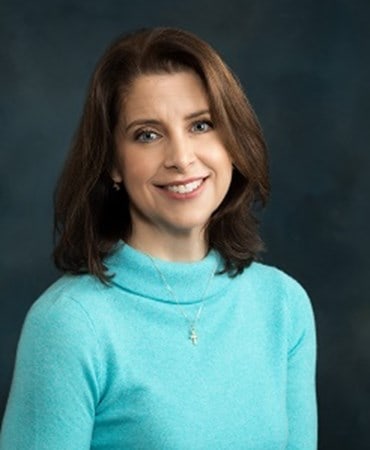 Dr. Lovick graduated from Sonoran in 2007. She opened a private practice in Scottsdale fellow Sonoran alumna Dr. Wendy Dickerson specializing in endocrinology and gastrointestinal issues, chronic conditions where naturopathic medicine is successful and in high demand.

Dr. Lovick became interested in naturopathic medicine when, as a successful business consultant, she started to experience temporomandibular joint (TMJ) issues. She told us, “I went to a doctor and he wanted to do surgery where they would break my jaw open and reset it. One of the women I worked with had that surgery twice and was going to be on prescription pain killers for the rest of her life.”

Dr. Lovick’s brother, who was in chiropractic school at the time, referred her to a friend of his. Although at first skeptical, she went to see this chiropractor and he was able to relieve the pain to the point that she was able to cancel the surgery. Shortly after, she heard that a friend from high school was going to attend naturopathic medical school. Once she did some research, she knew what she wanted to do. “I literally dropped everything and came out to Arizona to go to school!”

In terms of advice to new graduates, Dr. Lovick emphasized that it is important to continue to learn and find your niche as a doctor, rather than rushing into starting a practice. She stated, “I went and got a residency and worked for two years, then I went and worked with Dr. Alan Christianson for about four years and I really got to see how successful offices are run. Even with all my business background, I think I would have struggled right out of the gate. My best advice is to go out and learn before diving into starting your own business.”

We also asked Dr. Lovick about the importance of work-life balance and what she does to keep her own health at a high level. “One of the things I love is physical activity. I enjoy working out and I get up at 4 every morning and I’m at the gym by 5.” Dr. Lovick admitted that she can get into a workaholic mindset, so taking the time for her physical activity is important to her. Outside of work, Dr. Lovick also enjoys spending time with her mom who lives locally as well as meeting up with friends. She said that her friends help her to decompress and feel at peace.

Finally, we asked Dr. Lovick what she considers her favorite part of being an ND. She stated that it is the ability to make a positive impact on people’s lives and change the viewpoints of those that are skeptical of or against naturopathic medicine. She cited a specific example of a patient’s daughter that was a pre-med student. “She did not want to come in to see me. She thought everything I did was quackery, but she ended up coming to see me because she was having very painful periods and a lot of hormone imbalances. I treated her naturally and she actually came back to my office unannounced the next summer when she was on break. She gave me a hug and told me that I had made a huge impact on her life.”